In Orange County, meadows and grassland underwent severe degradation in the 1800’s due to overgrazing during the Mission and Rancho eras. European grasses and invasive weeds such as mustard and wild radish replaced native bunchgrasses and wildflowers. Later, conversion to farmland and urban developed destroyed much of what remained. 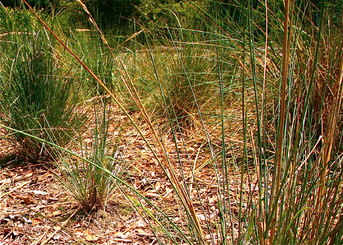 Over time in nature, ponds tend to fill in and become meadows and meadows become forests. This process can be witnessed at Shipley Nature Center’s meadow. Trees grow larger and encroach from the side lines, volunteers establish themselves and grow stronger and larger, and the meadow area grows smaller.

When the meadow flowers are blooming, look for honeybees and three species of solitary carpenter bee, black-faced bumblebee and yellow-faced bumblebee. The meadow is also home to small animals such as voles, gophers, and moles, which provide food for hawks, snakes, and coyotes. Desert cottontail rabbits and California ground squirrels also make their homes in our meadow.